Mhatama Gandhi made a public a letter he received in 1948 from an irate citizen in Andhra: " The taste of Political power has turned their heads. Several of MLAs and MLCs are making hay while sun shines, making money by the use of influence even to the extent of obstructing the administration of justice in criminal courts presided over by magistrates........A strict and honest officer cannot hold his position......( Quoted by Umesh Anand, in The Times of India, March 7, 1996)
Over Eighty Thousand cases of Corruption were refferred by the Vigilance Division of the Government to the Home Ministry for further investigation between the years 1956 and 1964.In 1964 Santhanam Committee Report on Prevention of Corruption recorded " It was represented to us that corruption has increased to such an extentthat people have started losing faith in the integrity of public administration. ( GOI, Ministry of Home affairs, Report of Committee on Prevention of Corruption (New Delhi, 1964) pp12,13,101 .)
In 50's The Scandals which were well publicised involved the people who were in the highest quarters of Nehru Govt. T.T Krishnamachari, Nehru's Finance minister was involved in the Mundhra case in which the Life Insurance Company was loser by over Cone Crore rupees.Krishna Menon was in Shade in the Jeep Scandal, in which hefty orders were placed with adubious firm in Britain ..NEHRU PUBLICALY GAVE A CLEAN CHIT TO BOTH.
In 1969 it was revealed that Jagjivan Ram, A Cabinet minister In Indira Gandhi's government and one of her chief lieutenants in the party had not filed his Income Tax returns for the last ten years. This revelation was made by no less a person than the Finance minister, Mr. Morarji Desai. ( Mrs. Indira Gandhi nonchalantly dismissed the entire incident as the pardonable forgetfulness of a busy man)
On 24 May 1971, Nagarwala was handed over Rupees sixty Lakhs by the Chief Cashier of SBI, Ved Prakash malhotra, who said that he did this on the instructions received over phone from the Prime Minister herself.Nagarwala was arrested and in flat three days trial he was sentenced to four years rigorous imprisonment. In jail Nagarwala retracted his confession and asked for retrial. But before it could be considered he died of Heart attack in jail in March 1972. The Police officer who was investigating this case also died in a car Crash.
In 1971, Sanjay Gandhi, was selected by her Government as the only applicant to be awarded the licence to manufacture 50,000 Maruti cars a year.  Chief Minister of Haryana, Mr. Bansi lal acquired 300 acres of land on the out skirts of Delhi at artificially low prices in violation of a regulation that prohibited plant construction within thousand metres of a defence installation.
In 60's Nehru had labelled this the " atmosphere of Corruptio" : " people feel they live in an atmosphere of corruption and the get corrupted themselves. The man in the street says to himself : " Well , if everybody seems corrupt, why shouldn't I be corrupt ?" (Quoted in R.K Karanjia, The Mind of Mr. Nehru ( London, 1960) p.61)
These are excerpts from THE GREAT INDIAN MIDDLE CLASS  BY Pavan K. Verma  p86-90.
So Today's Congress Government ( The Mother Of Corruption) vouches that it will annihilate its own baby, very stange in Indian context Mother killing its own baby whom it has been nurturing for 60 years. Really its a tough decision, probably thats why they are trying all their tricks to avoid or circumvent the issue
प्रस्तुतकर्ता Ragini पर 10:11 pm 1 टिप्पणी: 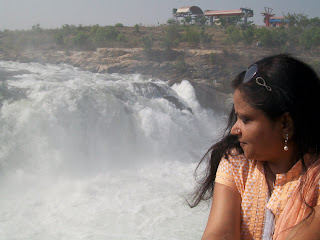 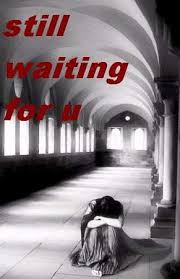 Ragini
I belong to the tribe of Nicholas and Columbus; who hoped against hope in the face of heaviest odds. "Dare to dream & try to achieve"